Meet Miss Taylor! She is our August model for our Hummingbird Calendar. It makes me feel SO incredibly old and sad that she and her siblings are as old as they are now! I had the honor of being their babysitter for many years and I remember the first time I met Taylor and how incredible it was to see a true miracle for myself!! The first time she ever rode in my car was just for a few miles and she rode in a little Tupperware type tub and had all this stuff in there with her. I remember being scared half to death because I was driving around a little miracle! Ha We are so proud of this girl! Here's her story written by her Momma, Dorinda. -Jamie ;) 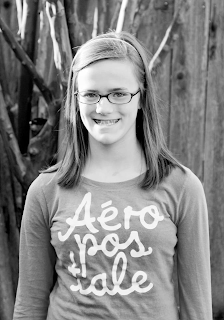 On February 11, I went in for a regular OB appointment at 28 weeks gestation.  I was told I had gained 14 lbs in one week.  The nurses and doctor were very concerned, but did mention that would not be abnormal if I were carrying twins.  All my husband and I heard was the word "twins" and got very excited!  They asked me to come back the next day for an ultra-sound and another checkup.

The radiology technician was only seconds into the ultrasound on February 12, when she said she needed to speak with the doctor.  When our OB came in, he looked at the screen, and instead of hearing "twins" like we were hoping, we heard scary words like, "serious condition", "transporting you to hospital,  baby is critical".

To make a long story short, the next day we drove the winding roads from northwest Arkansas to Little Rock to a maternal/fetal specialist to hear the most devastating words yet.  "Your baby will NOT survive birth."

Taylor had a massive amount of fluid in her abdomen which had crowded her heart, lungs and internal organs during development.  During the specialized ultrasound, they found a sizable tumor in the fluid.

The maternal/fetal specialist came in the room and told us that with all the complications she had in the womb that it would be up to us to decide if we wanted to do special testing through the umbilical cord to see what was causing the fluid.  The testing would take up to four weeks for the results and by that time, our precious baby would die from the crowding of the fluid.  Our other option would be to induce labor.  He said that there was no way she would or could survive outside of the womb.  Her heart and lungs were not strong enough and there was just too much fluid and her body was continually producing more.

We prayed and felt we should go ahead and let them induce.

On February 13, when I woke up, instead of having to be induced, I was already in labor.  That was my miracle number one.  From there we saw miracle after miracle.  The doctors did not expect Taylor to survive birth, because no other baby had with her circumstances.  When she did, they weren't quite sure what to do with her.  They began to call other children's hospitals around the country.  No one knew what to do with the tumor or the fluid in the abdomen.  They decided to drain the fluid to relieve her heart and lungs. 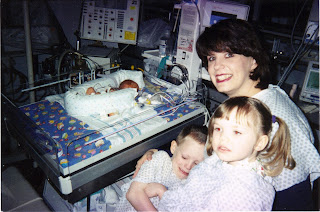 Taylor weighed 3lbs and 2 oz at birth.  After they drained all of the fluid, she only weighed around 2 lbs.  She seemed so tiny but at 29 weeks, she was one of the biggest babies in the NICU.  There were many miracles, but one of the most significant was the tumor disappeared when the fluid was drained.

Her lungs, which were abnormally small at birth because of the fluid pressure during gestational formation, grew overnight.  We only know this because a neonatal specialist came out excitedly one day to tell us she was ordering new x-rays.  She asked us to keep praying because God was doing something amazing in Taylor's life and body and the doctor's had nothing to do with it.

We went from a doctor's report saying Taylor would not live, to them expecting her to stay in the hospital for  3 to 6 months, to us walking out with her in 4 weeks.

I have to add, there hundreds of people praying constantly for Taylor!  The day she was born, people met at our church and interceded for her healing.  God was faithful because HE has a plan for her life.  We had to decide that even if He did not heal her, we would serve Him and praise Him anyway.  He is sovereign and is faithful.

Today, Taylor is 13.  She plays softball and basketball and has a B average in school.  She is a sweetheart of a girl who loves Jesus and others.

Taylor is creative and hopes to one day invent ways to spread the gospel of Jesus Christ to the nations or be a teacher!

We give God ALL of the praise and glory for His marvelous healing power in her life.
Posted by Tiny Hummingbirds at 4:09 PM